The installation of my work within the wider exhibition centres around the nineteenth century German word Kulturlandschaft: a landscape marked by human culture; bearing the manifest residues and remains of our cultural, physical and economic presence on the land. This is the territorialised, extracted and transformed landscape of the Anthropocene. 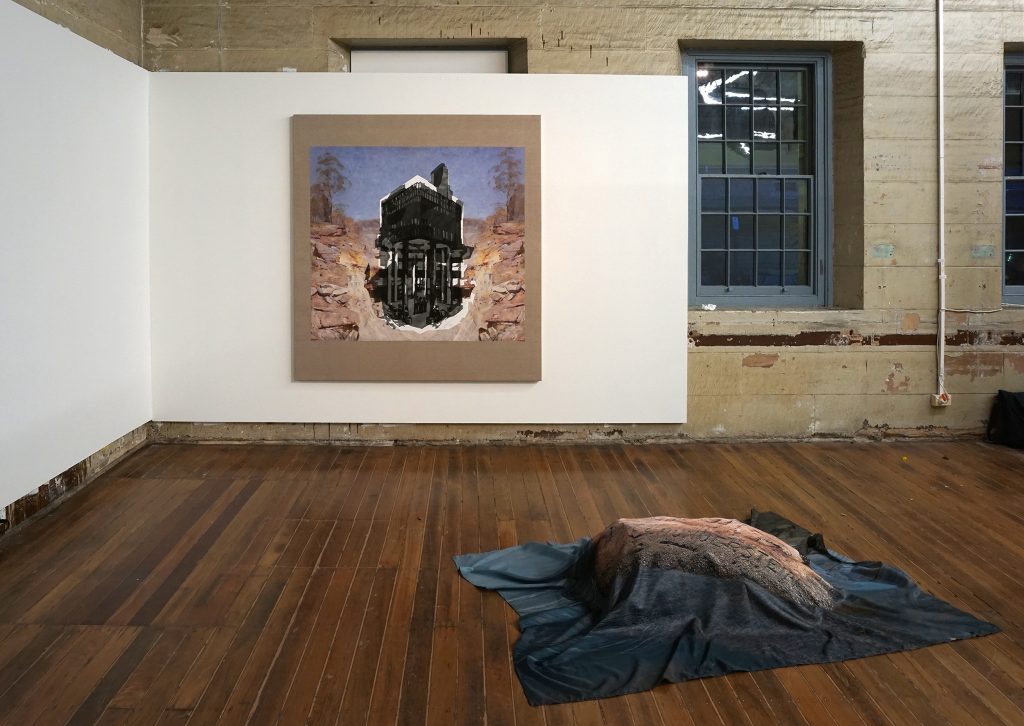 It is interesting that the German language specifically differentiated between cultured landscape and natural landscape. By comparison, for First Nation Australians there could be no distinction; all land was inhabited, occupied by spirits and people, and required attending. 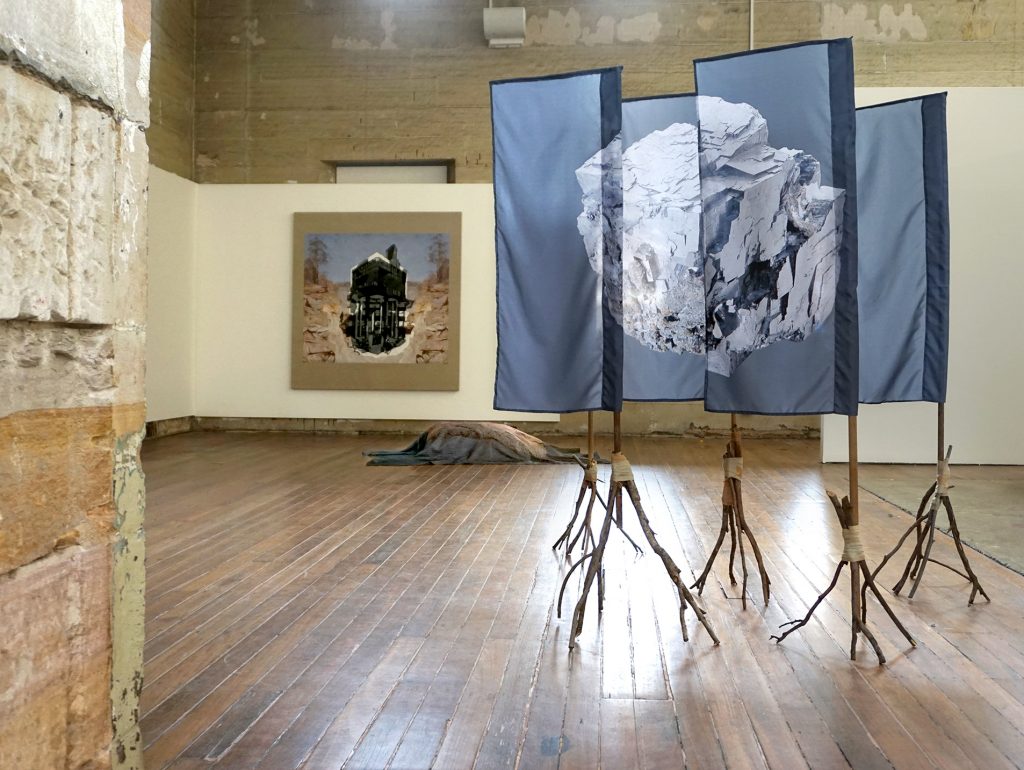 The installation is a series of landscape markers mapping the territory around recent research, which pivoted from Lachlan Macquarie’s ‘Holey Dollars’. In 1812 Macquarie ordered £10,000 worth of Spanish silver dollars, the most globally traded currency at the time, and had holes punched in the centre of coins, creating two pieces- the outer Holley Dollar and the inner Dump, in order to address a hard currency shortage in the colony. This singularly innovative act of official currency mutilation and economic magical thinking was subsequently recognised by the Macquarie Bank, who adopted the holey dollar as its logo. 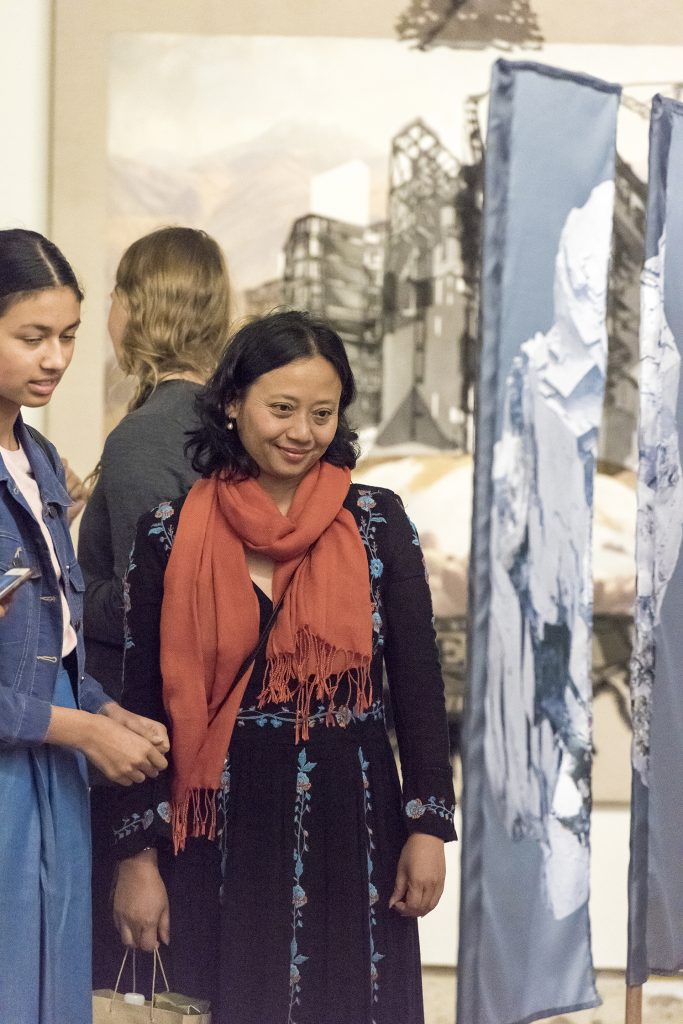 The majority of the silver in the coins was mined from the largest Spanish mine of the time, at Potosi in Bolivia, which was heavily worked across two centuries under punishing human and environmental conditions. Lead-dust released from rock crushing and ore extraction at Potosi in the 17th and 18th century has been detected in ice core samples from the ice mass of the Quelccaya ice cap in Peru; tracing through mineral contamination the activities of the Spanish colonial empire. 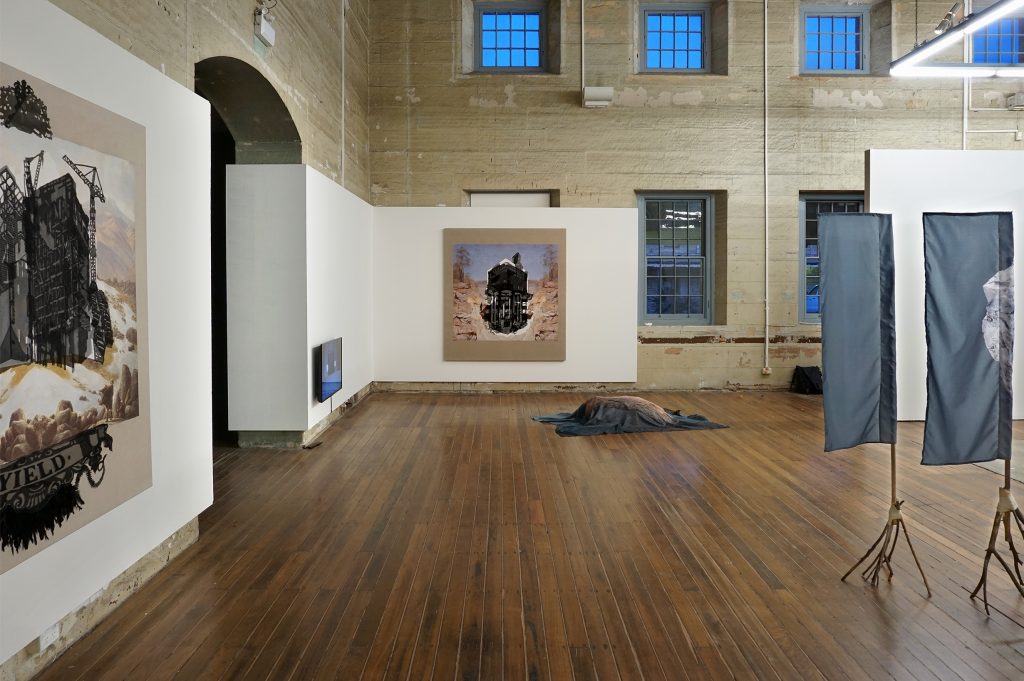 As a result of research undertaken on a residency at Broken Hill, Australia’s largest historic silver mine, biomapping at a molecular level the silver in the Holey Dollars, I uncovered an anthropogenic link between the silver mined from Potosí, Bolivia, contained in the Holey Dollar and Broken Hill silver mining. The lead dust contamination from both Potosí and Broken Hill silver mines was found in Antarctic icecore samples. Lead dust with the unique isotopic fingerprint of the Broken Hill galena-based load arrived 20 years before Amundsen and Scott raced to the South Pole to claim the last un-colonised continent. 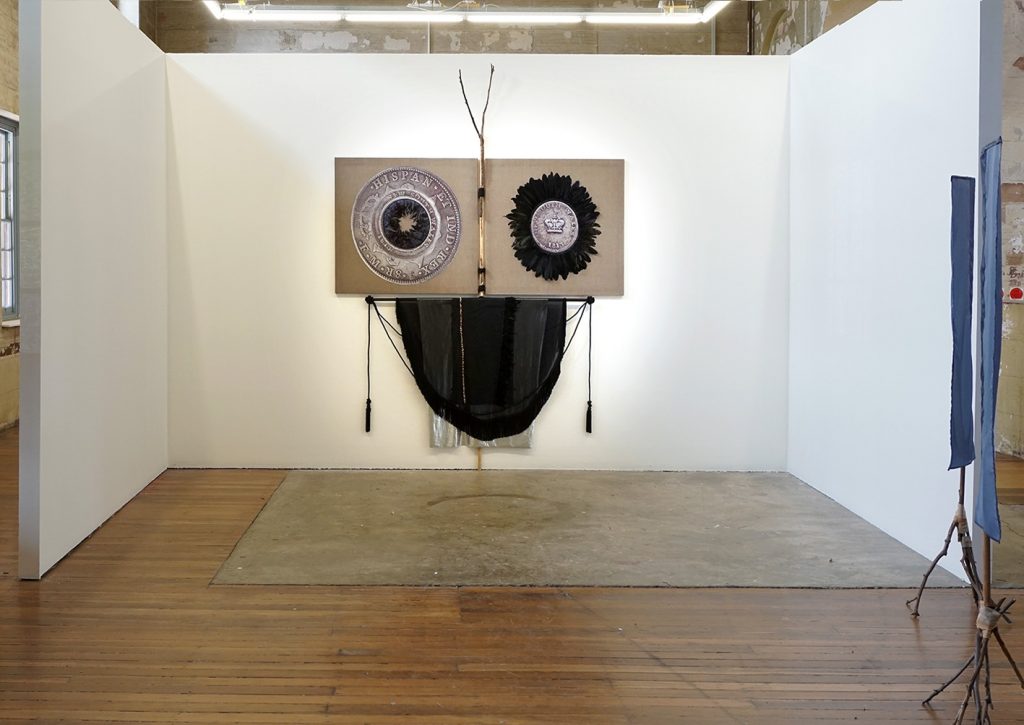 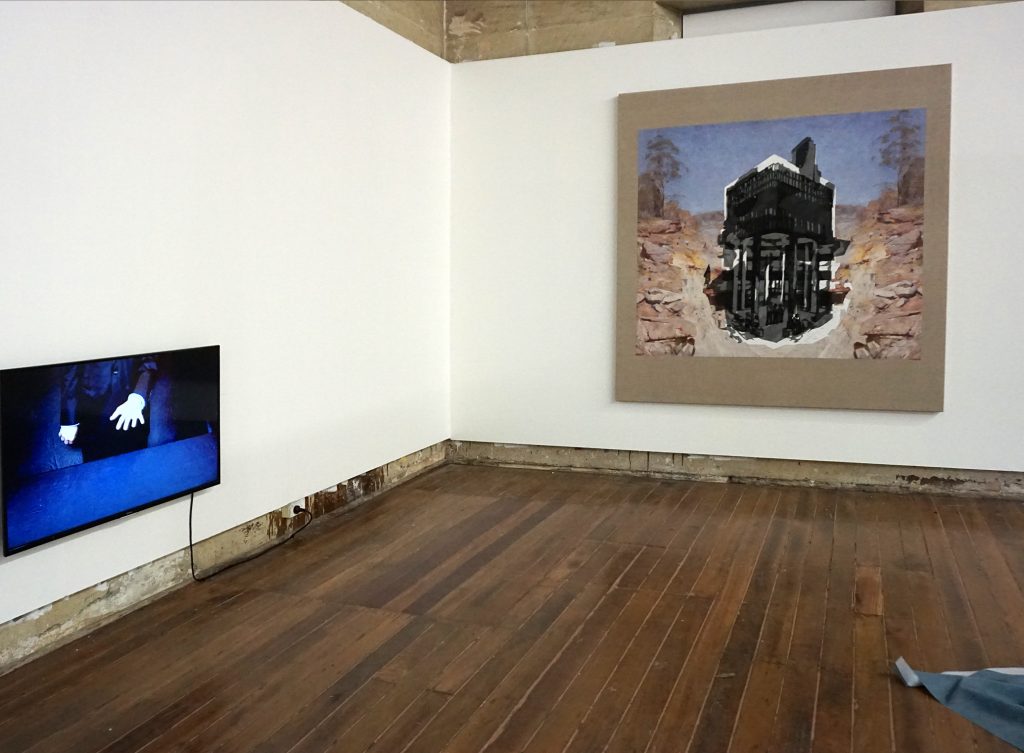 The wall works, Yield and Erect, evoke the white-cube history of landscape display and commodification while reflecting contemporary narratives of power, economics and landownership, through the lens of Australian colonialism. 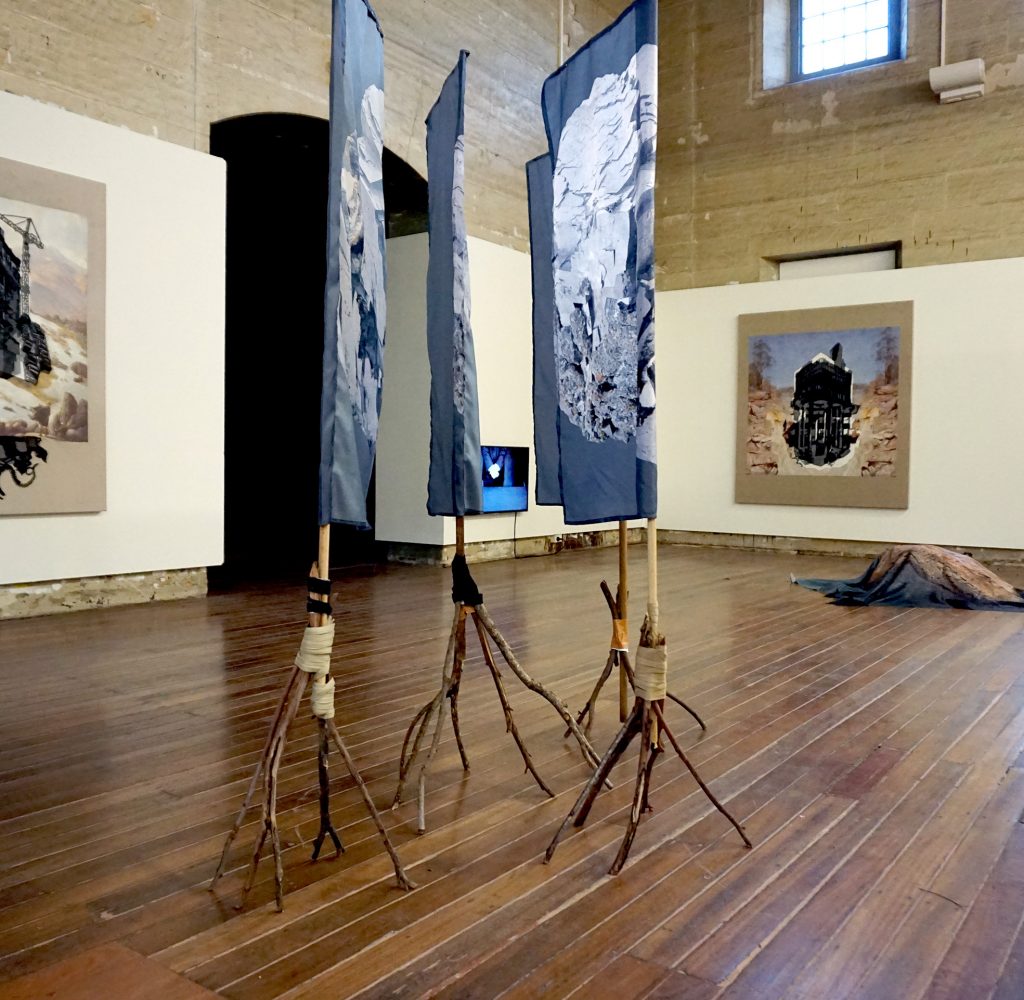 Wind over Crystaline Forest is a collection of vertical flags manifest a floating, oversized argentiferous galena (silver-lead) crystal, prior to alchemically smelting for silver. The crystal right-angle forms and facets are an apparition of its future human structural utility. 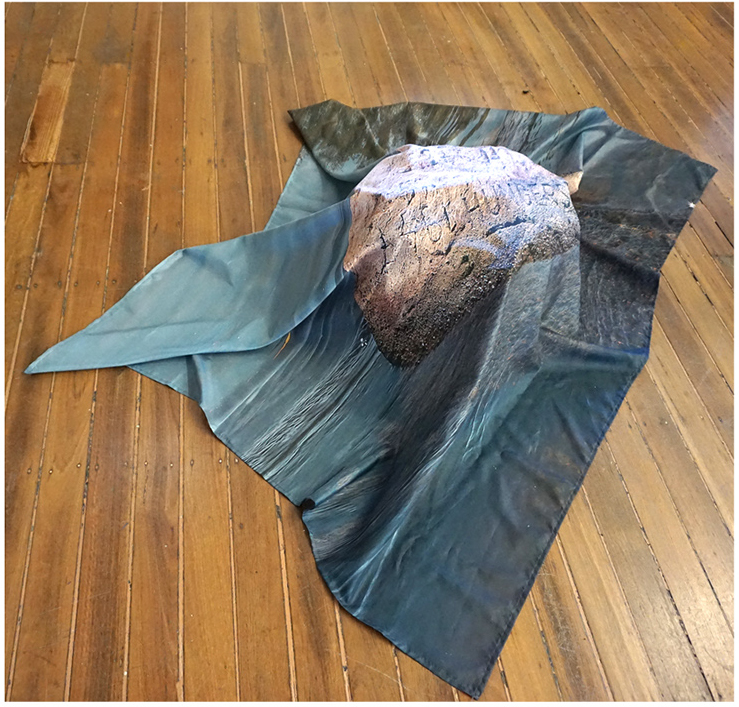 Hungerstein (Hunger stone) a draped fabric transubstantiation of a medieval river-stone, one of a series used as drought markers in Europe across centuries, carved with warnings to future generations of crop failure if river levels drop to reveal the stone. Contemporary yet ancient and embedded, material and message, the Hungerstein completes the storytelling. 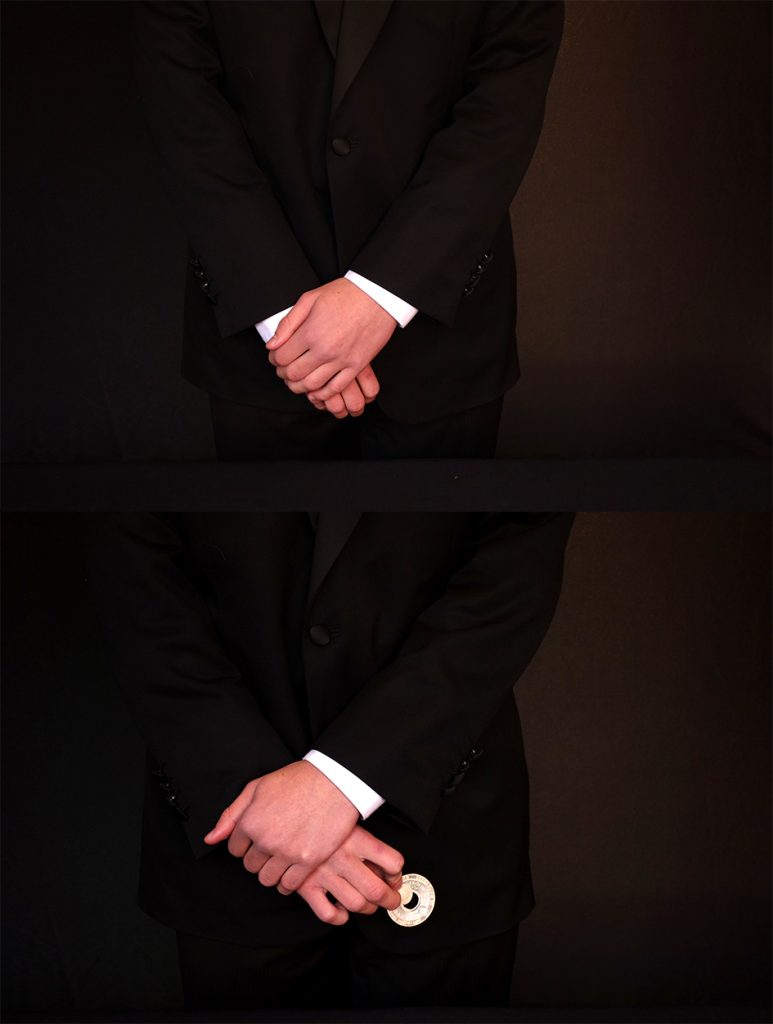 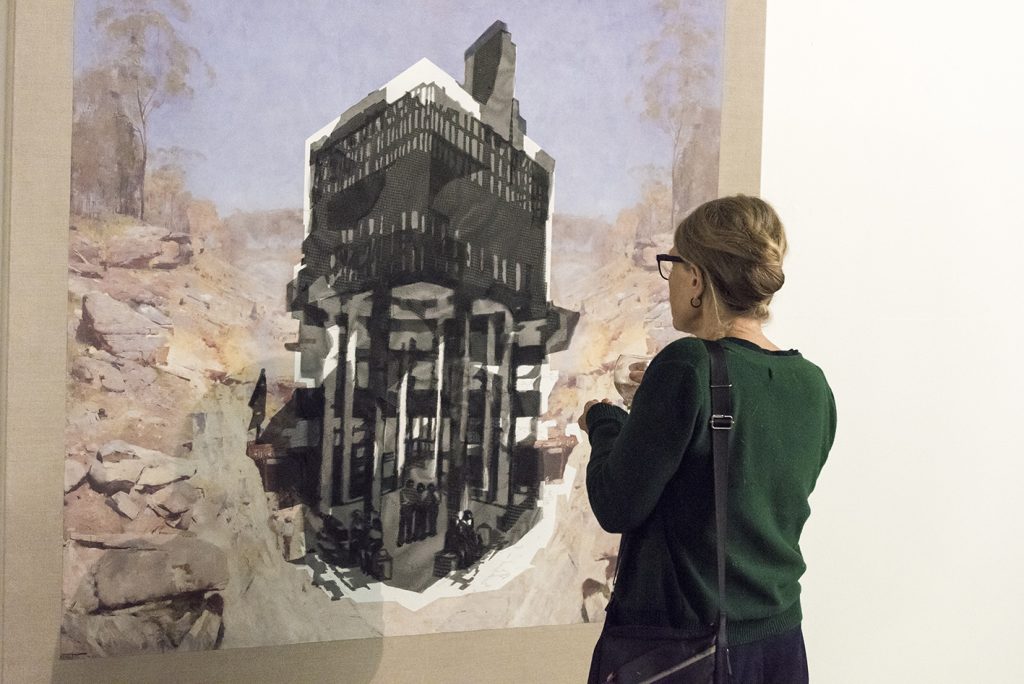 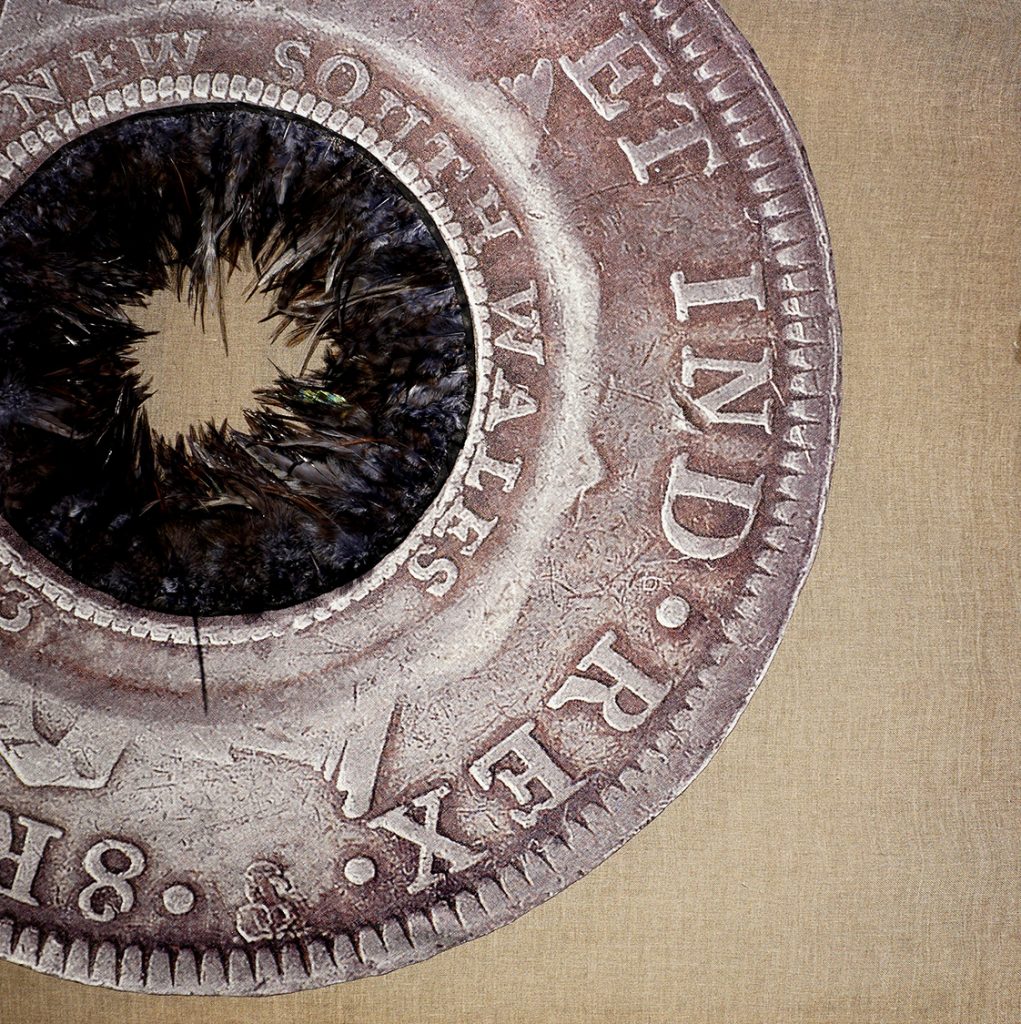