A landscape-based consideration of a geopolitical rimlands, containing insfrastructures of power embedded within its history and land.

Kinmen is a small island in the Pacific Ocean, 5 km from mainland China and part of Taiwan, 160 km away.  On the global periphery, this site was a battle zone for 30 years after WWII.

Post WWII, when Chiang Kai-shek’s Nationalist KMT army was pushed from mainland China by  Mao Zedong’s PRC army dominance, to eventually set up a military dictatorship over Taiwan, Kinmen became the proxy border and battle site between these armies, nations and ideologies. It was under KMT martial law and shelled by PRC for 30 years, until the 1990s.

Kinmen’s landscape contains a stratigraphy of political  infrastructures- memories and ghosts of war and power are embedded in the landscape.

An island of the Anthropocene, Kinmen was totally deforested by its inhabitants by the 16th century, such that a number sites dedicated to local Wind Lion deities evolved, to pacify the extreme winds blowing across the mostly flat island. USA and Taiwanese soldiers replanted the island in the 1950s, to assist with troop coverage and movement, so now all the trees on the island are around the same age.

Considering this site through working with three groups, utilising a collection of flags depicting the ocean beneath the feet of the goddess Mazu, the goddess of the Sea and restorer of social order.

I was privileged to be able to work at this site with teens- a traditional drumming group and a hiphop dance group utilising flags depicting the sea under Mazu’s feet. These children of Mazu hope for a future containing the freedom of democratic governance the wealth of China, and the breadth of choice and truth only imagined by teens.

The goddess Mazu is a favorite of this region and of wider Taiwan; a  Fujianese woman and shamaness, she was born 10,000 years ago on nearby Matzu island. 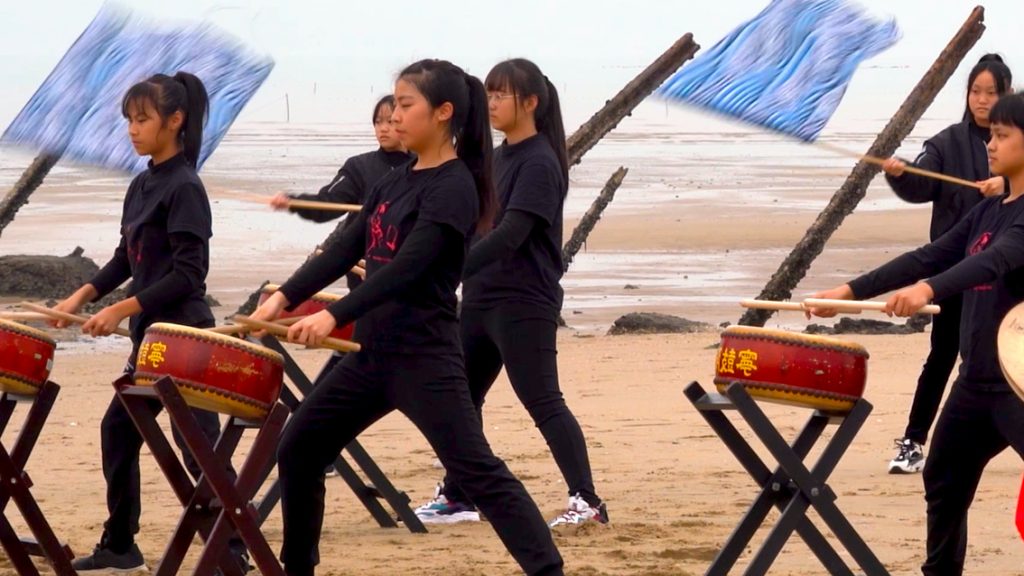 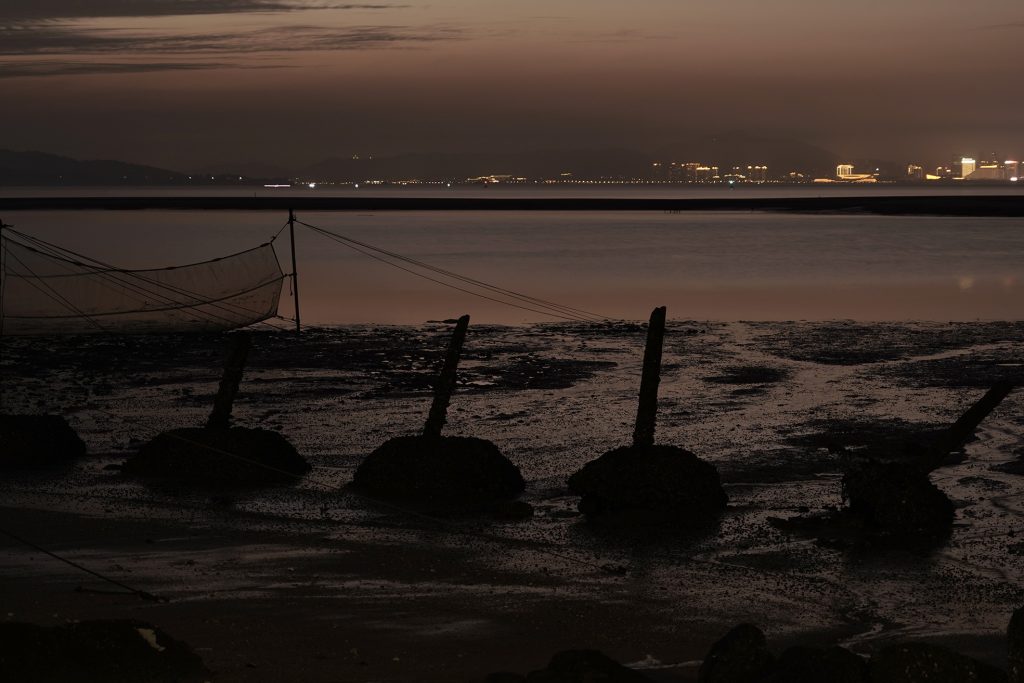 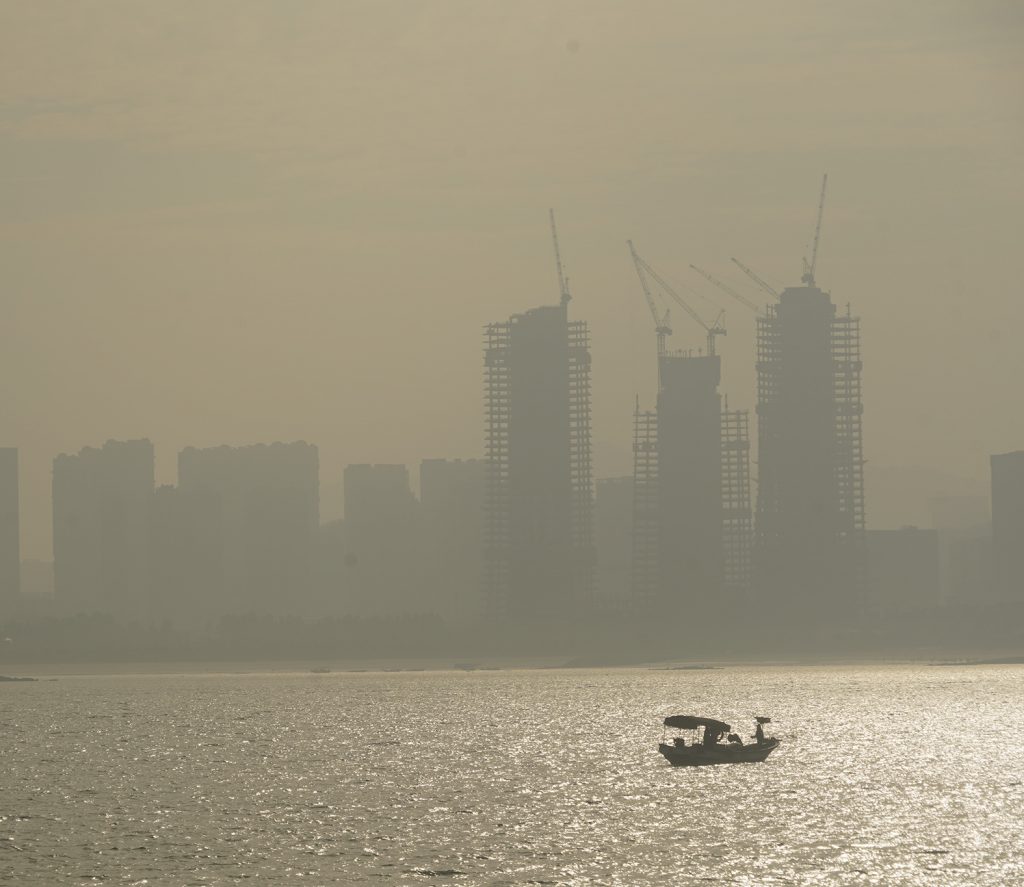